The COVID-19 positivity rate in Key Biscayne is up to 28 percent, a stunning indicator of the rapid spread of the omicron variant, officials said Tuesday. The seven-day average figure was provided to the Village by Curative from data at two testing stations. The County’s rate was 25%.

The number came on a day when the state reported 46,923 cases, the largest single-day increase since the pandemic began, the Miami Herald reported. 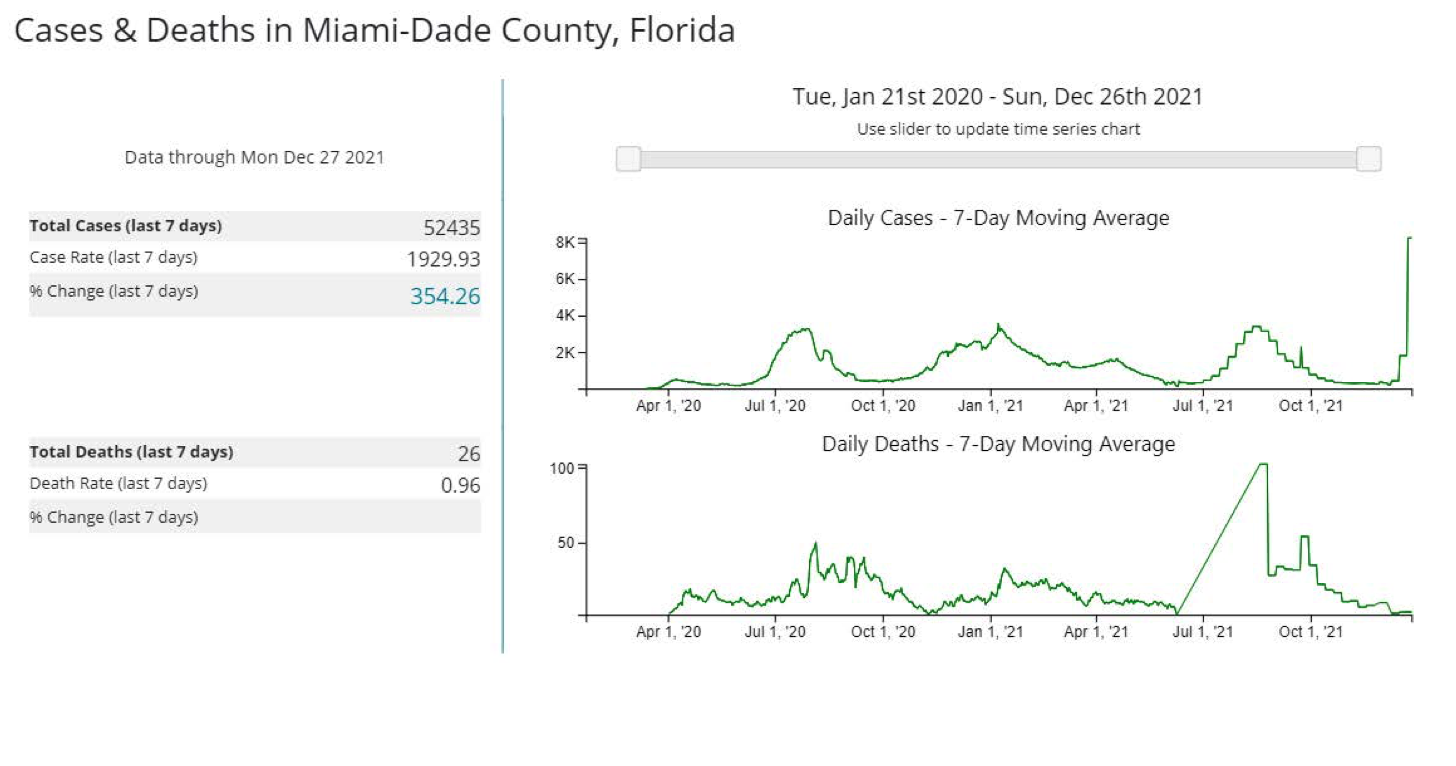 In Key Biscayne, heavy demand for testing continued, but lines lessened at testing sites after officials discontinued walk-ins. About 900 people a day sought tests leading up to Christmas, but since then, the number is down to about 500 a day, said Fire Chief Eric Lang. Some 150,000 test kits were distributed at many libraries, but not the Key Biscayne branch.

Lang also said officers have seen an uptick in coronavirus-related dispatch calls, but so far it has not exceeded capacity.

Dr. Hamid Keshvari-Rasti, an island physician, said if anything, the positivity rate is understating the spread of the variant on Key Biscayne.

“It’s a huge number of positive cases in our office. Our testing has been overwhelmingly positive.”

Dr. Rasti said, however, his observation is in line with other doctors: vaccines greatly reduce the impact of the virus. “Patients who have been vaccinated are doing phenomenally well with it,” he said. “I’m pretty confident that if you have been vaccinated, you will do fine and not have complications.”

In the Village, officials are holding off –for now– on operations changes.

“What we want to assure is that we continue to provide services, especially essential services,” noting that officials have not yet had to implement contingency plans for scaled-back services..

The next vaccine pop-up events are scheduled for Jan. 6th and 27th at the Key Biscayne Community Center. Lang said the island’s overall vaccination rate is high, at 80%, but the omicron variant has led to many more breakthrough cases — but most often with mild symptoms. However, County figures show the number of hospitalizations has increased to 331, up nearly 14 percent from last week, with the number on ventilators up to 62, an increase of more than 26% from the previous week.

Tony Wintonmailto:[email protected]
Tony Winton is the editor-in-chief of the Key Biscayne Independent and president of Miami Fourth Estate, Inc. He worked previously at The Associated Press for three decades winning multiple Edward R. Murrow awards. He was president of the News Media Guild, a journalism union, for 10 years. Born in Chicago, he is a graduate of Columbia University. His interests are photography and technology, sailing, cooking, and science fiction.

Brazil advances at World Cup with 1-0 win over Switzerland