At about 1:00 a.m. Wednesday, a Key Biscayne police officer was patrolling in the 100 block of Harbor Drive and ran a vehicle tag search for the vehicle in front of him, according to a news release. The officer discovered the driver’s license was suspended and stopped the vehicle at 160 Harbor Drive – in front of the Crossbridge Church and preschool.

When he approached the driver – later identified as Oliver Riley Holsing – he immediately admitted that his driver’s license was suspended.

Holsing, of Miami, was arrested and charged with one count of driving with a suspended license with knowledge and five counts of possession of a controlled substance with the intent to sell within 1,000 feet of a church.

Before having the car towed from the scene, officers searched the car to create an inventory of the contents and found controlled substances including: 96.9 grams of suspect marijuana, 7.8 grams of suspect Cocaine, 33 Xanax Pills, 18 morphine Pills and two tin foil sheets with black tar Heroin.

“The Key Biscayne Police Department remains vigilant and steadfast in protecting our safe community,” Police Chief Frank Sousa said in Friday’s news release. “Our officers will continue their daily efforts to keep the secure environment we are accustomed to living in.”

Holsing, 28, was booked into Turner Guilford Knight jail where he is being held on bonds of $23,500 in total. He pleaded not guilty, court records showed. A message to his attorney was not returned. Arraignment is set later this month.

Invest in Local News for Your Town. Your Gift is tax-deductible 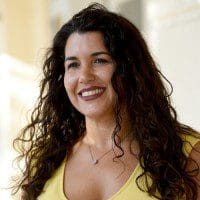